This year is very favorable for people who were born in the Aquarius sign compared to last year. This year comes together in terms of profession, financial, and health.

For those born in Aquarius, this year will be very favorable in terms of employment. Jupiter, Saturn, and Rahu are not favorable till April, so it is average in terms of the profession at this time. Not only is the work pressure high, but you also have opposition to you by the authorities. When the work is not recognized because of it, the pressure from the superiors to do better increases. Even if you do not like it at this time, you have to work in a different place away from home. Because of this, rest and peace of mind are lost. You will have to avoid leaving the tasks you have undertaken because of your responsibilities. In April, the four planets and signs along with Jupiter will change and your situation will change positively. Not only will you be promoted in your profession, but the hard work of the last few years will result. The economic position will improve. You will get a chance to be with your family again. Jupiter’s aspect is on the tenth house so that you get recognition from superiors, because of what you have done. You will be praised as ideals where you work. Due to Rahu’s transit changes to the third house, your frustrations and frustrations will be removed, and you will be able to do your job enthusiastically. The fear of the past in terms of employment will be removed. This will enable you to fulfill your responsibility boldly. In the past, your feelings with your colleagues will be removed. They will receive assistance from them. This year will be very favorable for those who are trying to find a job abroad. After April, they will get a job abroad. From July onwards, Saturn's return to the 12th house may lead to decreased interest in the work done or increased. At this time, you will be able to keep your previously earned name by working on laziness and neglect. At this time, it is advisable to be careful as sometimes you have good opportunities to come closer and get rid of your negligence or lethargy. Saturn’s aspect is on the second house, so you are careful about the word. What you say may be misunderstood or not valued by others. Similarly, there may be a hasty word on work and then suffering. Jupiter’s transit will be favorable from April to all this year so you will get unexpected benefits either from your well-wishers or your superiors.

This year, for those born in Aquarius, it is economically favorable. Till April, Jupiter, Saturn, and due to Rahu’s transit is not favorable so the costs are high at the time. Economic development is average due to the twelfth transit of Saturn. There are more expenses than income, and unnecessary expenses, and there is some financial difficulty at this time, and it costs money because of repairs, whether it is home or vehicle, and at this time, you have to think twice about the expenses and spend money, otherwise, you will need to borrow money. Saturn’s aspect on the ninth house may lead to no money or opportunities to earn money or not be useful on time. From April onwards, the main planetary ritual will be favorable and there will be favorable changes in the economic position. The economic development begins when Jupiter’s transit is compatible in the second house, Rahu’s transit is in the third house as well as Saturn's aspect is not in the positive position. During this time, not only will your expenses be reduced but your income will also increase. The money due to you will get rid of financial problems due to the time., income is also due to development in your job. They also get good income from the investment made in the past and reach the top financially. At this time, non-home and vehicles are purchased. Since July, Saturn’s aspect will fall back on the second house, which will increase costs, but Jupiter and Rahu will be able to raise income to cope with the increased costs. It is not advisable to lend money at this time or to go to the great and spend money on luxuries so that the money given does not return and the financial problems are bought.

Aquarius is very favorable for family members this year. Though average till April, then Transit of Jupiter is good so there are no problems in family terms. The presence of Jupiter’s transit in the first house till April, due to Rahu’s transit in the fourth house, and Saturn’s aspect on the second house is average in family terms at this time. The elders in the house are likely to have health problems. You will be staying away from home for some time, because of your profession or for other reasons. Your children will be in development at this time. Family growth will be due to the Transit of Jupiter's second house from April. Those who are not married in your family are likely to get married or have children. At this time, one of your siblings may have health problems or you may not have a heart attack with them because Saturn's aspect is on the third house. Until April, due to Rahu’s transit in the fourth house, you may be mentally stressed, especially because of a family member. After April, Rahu will move to a third house and move to a new home or a new place, and the mental problems of the past will be reduced, and you will be able to do your work enthusiastically. Problems with your siblings will go away. In July, the Transit of Saturn's return to the 12thhouse will reduce family problems. At this time, court cases or legacy disputes are likely to occur. Your word may offend your family members or create a conflict between husband and wife. These problems will quickly subside with the intervention of elders in your family.

Traders born in Aquarius sign will have average result in the first half of this year, but the second half is favorable in business as it comes together. until April, Transit of Jupiter, Rahu, and Saturn are not favorable and at this time the business is good but not financially favorable and money has to be invested more. Borrowing or taking money from relatives because there is no proper return from the invested capital. No matter how hard it is, the result is average at this time. But new opportunities also come at this time. But it is advisable to think and decide on them without hurry. From April onwards, Jupiter and Rahu’s transit will be favorable and commercially and economically developed. However, due to the focus on the seventh house, there are unexpected changes in business between April and July, but partners leave or change the place of business. Because of that, business fluctuates at this time. However, at this time, Rahu and Jupiter’s transit are in favor and can resolve problems amicably and in your favor. This will stop the losses in the business. Those who have competed with you in the pastor are hostile to you will go away from you at this time. You will not be harmed by them. This year will suit those living through self-employment and artists. But initially, you will not be able to carry out your work properly because of your problems or other problems. There is a possibility of some financial difficulty due to that. In addition, mental stress is also high at this time, reducing concentration on work. From April onwards, Jupiter’s transit and due to Rahu’s transit will make time in your favor. Not only will you succeed in the tasks you carry out, but you will also earn a reputation. People will get appreciation. You will get more opportunities because of the skill you show in your work at this time. You will complete your work somewhat late as there is Saturn’s transit between April and July. You are likely to get into some trouble with it. But with the help of your well-wishers, you will get out of this problem. It is in your favor till the end of the year after July.

This year is mixed for students born in Aquarius. until April, Jupiter, Shani, and Rahu’s transit are not favorable and generally excel in education. At this time, not only does there be a lack of concentration, but also making foolish arguments or speaking arrogantly about education. Transit of Saturn is the twelfth house and not only is shed lazy about education but every time the elders are told to read, they give some reason and get away with it. Even those who want to help because of its head will go away without doing so. Since April, Jupiter and Rahu’s transit has been in favor of the past mistake in education and tried to correct the mistake. During this time, not only does the concentration on education increase, but also the interest in learning new things. For this purpose, Gurus and elders are approached. During this time, Jupiter’s aspect is on the tenth house and the recognition and fame are earned due to education. However, sometimes they behave foolishly because Saturn's transit is not favorable until July. But it is due to their mental stress, so they immediately identify their mistake and correct it. Those taking competitive exams will have a good result in the second half of this year. They will be able to get the job they want.

For those born in Aquarius, this year, it is advisable to perform remedies for Jupiter, Saturn, and Rahu. In the first half of this year, Jupiter will walk in the birth sign. It is better to recite Jupiter Stotra every day or recite Guru Charitra as there is a possibility of financial problems or health problems. Rahu moves in the fourth house till April, so it is better to recite Rahu Stotra every day or recite Durga Stotra to reduce the bad results given by Rahu at this time. It is better to recite Shani Stotra or Hanuman Stotra every day as Transit of Saturn is not favorable throughout this year. Apart from this, 19,000 times Shani mantra chanting is not. It is good to make Saturn peace. Since Saturn is satisfied with the difficulty we do, physical hard work means serving the poor, the elderly, and the disabled as well as doing charity, which reduces the impact of Saturn to a great extent. If Dasha or Antardasha of the above planets in your horoscope are running at this time, their effect will be great. The above remedies can be followed according to your energy, devotion, and care. Moreover, the above remedies are not being told to follow all. It is advisable to serve the needy as much as possible along with these planetary Remedies. 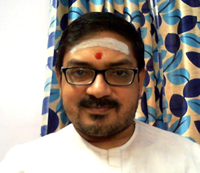 Free Vedic Janmakundali (Horoscope) with predictions in Telugu. You can print/ email your birth chart.